Why did you choose this program? 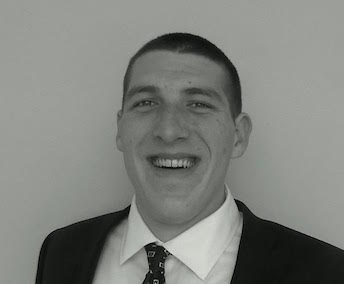 I heard that Thailand was inexpensive and it was very friendly. I did not hear a lot about the country before I went there. I looked at two universities - Burapha University at Bangsean and another university in Bangkok. I decided to choose Burapha because it was in a small city close to the coast. Another reason for choosing Burapha University was its program cost. Burapha was significantly less expensive compared to the University in Bangkok. While I was committed to finish my required coursework for the semester, my major focus was learning about Thai culture and people as much as I could, which I felt I could achieve better in Burapha and Bangsean.

As I said before, I did not have much knowledge about Thailand before I went there. Therefore, I did not have any particular expectation. I wanted my travels to be enjoyable and adventurous. I believed that by travelling to a new place, doing something new and unique, and challenging myself to get out of my comfort zone, I would learn a lot about the world, and prepare myself for upcoming educational and professional opportunities.

After finishing my semester abroad at Burapha University in Thailand, I grew in two important ways. First, it expanded my perspective about the world, especially regarding friendship. From interacting with Thai students, and students from China and Korea, I realized that they had broader perspective about the world than us. In general, I felt that Thai people were a lot kinder and gentler than Americans. By spending a time with them, I learned to be a better friend than I was before.

Second, I gained a significant level of confidence from this program. I did not know anyone in Thailand and I did not understand the language. Yet, I was able to function well, travel and make friends there. It gave me confidence that I could do something new and challenging, and become successful. During my stay in Thailand, on one occasion, I travelled with some of my friends to another Thai town. Noone among us knew the language so we were nervous in the beginning. However, as the trip went along, we were able to navigate things and figure them out. At the end, we were fine and had a lot of fun. In the future, I know that I can face similar challenges and be able to handle them well.

Did your time abroad give you a new perspective of yourself and your own culture/country? In what way?

There are a lot of differences between American and Thai culture. American culture is individualistic while Thai people are much more community-oriented. At the university, people who did not even know me were very kind to me despite of having different cultural values. Their kindness and generosity inspired me to become kinder to all people, including people from other cultures.

How will this experience enhance your future career?

The greatest benefit gained from study abroad is less academic and more personal. I grew in self-awareness and openmindedness. Being in a culture that is completely different than mine has made me more open to people who think differently as well as increasing my openness to different cultural values. It exposed me to many new things and encouraged me to gain new knowledge to broaden my intellectual capacity.

How did you spend your free time while abroad?

One thing I did, almost every single day, was to travel around. On the first day I arrived in Thailand, I walked around the town and the next town close to it. A Thai man let me use his bicycle so I biked to the places that were close by. I also travelled using motorbike. It is very common to use motorbike and truck taxi ‘Songthaew’ in Thailand as means of transportation. I also enjoyed swimming and fishing. I would travel with my Korean friend and we would go fishing if we got hungry.

What did you know about the host country? Was there anything you’re were wrong about? How did your understanding of the country change after being there?

I knew it was in Asia and it was very inexpensive. I did not know much about Thailand. I decided to do very little research because I wanted to have an open mind. I also though it would be fun to explore after I arrived.

The quality of the university and the cleanliness of the campus exceeded my expectations. It was very modern and clean. In some aspects, it was better than Appalachian State University. I also understand Thai people and their culture better now. In the beginning I did not know how to approach Thai people and become friends with them. Later I was very comfortable around them and made a lot of friends.

Finding appropriate size clothing was one of the most challenging part for me. I did not take a lot of clothes and decided to buy them there. But I had a very difficult time finding the right size clothes because Thai people are usually smaller than us. Another difficult part was respect. Thai people care a lot about respecting the god, king and the professors. It took me sometime to realize that. They say P before the name of the professors out of the respect.

The whole study abroad program was very rewarding for me. I made a lot of Thai friends and friends from other countries. Similarly, I travelled a lot and observed different parts of Thailand, learned many things and had a great experience. Thai people are very open -[ they let people in their lives easily. From being a student, I became a friend and a part of their community. Experiencing Thai culture was extraordinary.

Would you recommend studying abroad to other business students? Why or why not.

I would greatly recommend it to other students. It is fun, you can learn a lot about yourself and also gain a perspective about the world that is different than America.

If you could sum up in one or two sentences what this experience meant to you, what would you say? 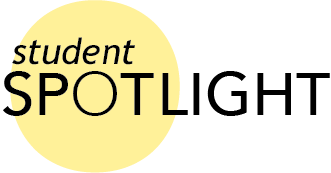