Optimism on Growth on the Basis of Thoughtful Stimulus 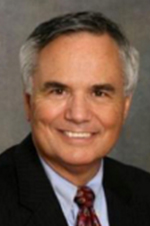 Dr. Silvia served as the president of the National Association for Business Economics (NABE) in 2015 and was awarded a NABE Fellow Certificate of Recognition in 2011 for Outstanding Contributions to the Business Economics Profession and Leadership Among Business Economists to the Nation. For the second time in three years, he was awarded the best overall forecast by the Federal Reserve Bank of Chicago, as well as the best unemployment rate forecast for 2011. Dr. Silvia is on the Bloomberg Best Forecast list for his forecasts of GDP, the ISM manufacturing index, housing starts, and the unemployment rate.

Dr.. Silvia holds B.A. and Ph.D. degrees in economics from Northeastern University in Boston and has a master's degree in economics from Brown University. John's first book, Dynamic Economic Decision Making, was published by Wiley in August 2011. His second book, Economic & Business Forecasting, was published in 2014, also by Wiley. Dr. Silvia is a Certified Business Economist (CBE).

A strong supporter of education and civic affairs, Dr. Silvia serves as a member of the Business Advisory Council at the Walker College of Business at Appalachian State University and on the President's Council for Charlotte's Central Piedmont Community College. He has previously served as a board member of the British American Business Council of North Carolina, and on the Economic Development Board for the State of North Carolina, a special appointment by the Governor. He has also served on the Business Advisory Committee for the City of Charlotte.