Alumna named a 2020 All Star by Risk and Insurance magazine

Appalachian State University alumna Rumbi Masamvu '13 has been named a 2020 Risk All Star by Risk & Insurance.

According to their site,  "the 2020 Risk All Stars are working hard to make people safer — the higher purpose of insurance and risk management."

Masamvu was featured in the September 2020 edition of Risk & Insurance magazine. The article, How Rumbi Masamvu Changed the Risk Analysis Dynamic at AXA XL, describes how  Masamvu, senior risk manager at AXA XL, is making an impact.

Diligent and insightful monitoring of emerging risks allows carriers to advise their underwriters, to adjust coverage and pricing and to take precautions to minimize losses.

At AXA XL, that monitoring is manifest in several collaborating groups: The Emerging Risk Task Force includes representatives from across the organization, actuarial to claims. There are also formal emerging risk committees at the AXA XL executive and AXA Group executive levels.

Rumbi Masamvu, a senior risk manager, has played a formative and integral role at all of those levels. Along the way, she has expanded the breadth and depth of emerging risk analysis, both within the company and out to clients.

"I hired Rumbi in 2013 initially to evaluate emerging risks among our own internal exposures," said David Brooks, chief risk officer for the Americas at AXA XL.

"Over the years, she has done that and also made solid contributions to getting information to our clients and to identifying opportunities where we might be able to provide coverage."

The taskforce acts as a sort of early-warning system gathering, evaluating and disseminating insight across the whole organization. "When someone notices something, no matter how random it may seem, it can be important in a fast-moving situation," Masamvu said.

"I've been able to make changes [to the taskforce] to increase representation across the board, from functional groups and geography," Masamvu said. "We quickly learned that what an emerging risk is differs from region to region."

For example, third-party litigation especially against larger corporations is common in the UK and Australia. "Those claims are quite familiar to our teams in those regions," she explained. "When that litigation started to get attention in the U.S., the head of U.S. claims was able to contact our group in Asia Pacific for insight."

The taskforce at, what was then XL Catlin, was formed in 2005, which was earlier than a similar initiative at AXA. When the latter acquired the former, the two efforts were combined, with Masamvu playing an even larger role.

"She really leads all this stuff," said Brooks. "She expanded the remit and changed the dynamic. For example, she leads the phone call to discuss the quarterly emerging risk report [at the executive committee levels]. It used to be a data dump. Now it's a discussion."

The next challenge for Masamvu is exploring country- and credit-risk management. "We are learning the interconnectivity of risk," she said.

For example, the second quarter 2020 emerging risks report focused in part on the shift to a low-carbon economy. It identified the risks arising from stranded assets in carbon-intensive industries and examined the "material shift in insurance exposures" within transportation, power generation and construction in terms of technology and artificial intelligence, as well as economic and social factors. &

Risk All Stars stand out from their peers by overcoming challenges through exceptional problem solving, creativity, clarity of vision and passion.

Appalachian's Risk Management and Insurance Program is the sixth largest in the country according to Business Insurance magazine. The college's Brantley Risk and Insurance Center, founded in 1988 with support from the Independent Insurance Agents of North Carolina, supports research and faculty development, assists the insurance industry in the design and delivery of training and continuing education programs, and facilitates interaction between students, faculty and the professionals in the insurance industry. Appalachian is designated a Global Center of Insurance Excellence by the International Insurance Society. For more information about the Center, visit insurance.appstate.edu. 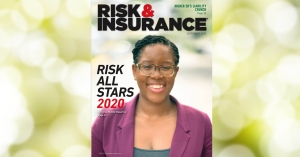 Alumna named a 2020 All Star by Risk and Insurance magazine 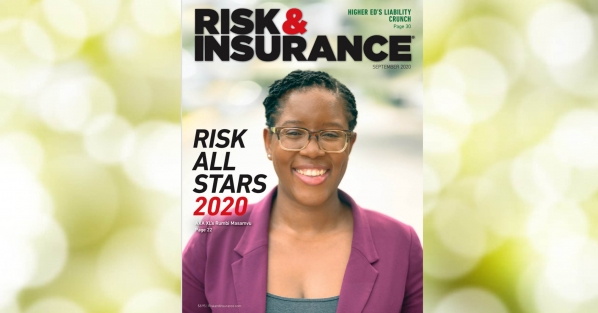