ASU NEWS—Appalachian State University’s chancellor and faculty and staff representatives have a “seat at the table” for U.S. Senate-level bipartisan discussions around issues and initiatives impacting the 13-state Appalachia region.

Director Erich Schlenker and Sara Figlow, both of Appalachian’s Transportation Insight Center for Entrepreneurship, participated May 23 in one of four Washington, D.C., roundtable discussions hosted by the Bipartisan Policy Center (BPC).

The BPC has joined with Senators Mark Warner, D-Va., Thom Tillis, R-N.C., Joe Manchin, D-W.Va., and David Perdue, R-Ga., to lead the Task Force on Appalachia, designed to identify key problems confronting the region and approaches for tackling them.

From May 1 through June 20, the task force is gathering leading experts from around the country and the Appalachia region for four separate roundtable discussions organized around these themes: education and the workforce; entrepreneurialism and job creation; energy and infrastructure; and rural health.

Tillis invited the university to send representatives to the meetings. Schlenker and Figlow participated in the entrepreneurialism and job creation roundtable led by Perdue, along with representatives of Golden Leaf, the Aspen Institute, Technical College System of Georgia, the U.S. Chamber of Commerce and the West Virginia Governor’s office. Dr. Jeff Ramsdell, professor of sustainable technology and the built environment and director of the Appalachian Energy Center, will sit in on the June 7 discussion around energy and infrastructure. Chancellor Sheri N. Everts will attend the discussion on rural health on June 20.

“I am grateful for Senator Tillis’ leadership and appreciate his including Appalachian in these critical discussions,” Everts said. “Our faculty and staff have firsthand knowledge and experience to contribute around each of these issues affecting Appalachia. The opportunity to share our ideas with a bipartisan team of U.S. senators could have unprecedented impacts on health care, education, job creation and energy initiatives in the region.”

In order to attract private sector investment, the discussion agenda stated the need to adapt to and diversify for a 21st-century economy by lowering barriers to entry for business looking to locate in Appalachia, incentivizing regional entrepreneurship, and better coordinating federal, state and local government development efforts.

During the session, Schlenker said Appalachian’s GEAR UP program was discussed as a specific example of a program that influences change with students early in their lives. GEAR UP (Gaining Early Awareness and Readiness for Undergraduate Programs) is a federally funded college access program designed to increase the number of students who are prepared to enter and succeed in postsecondary education immediately after high school.

“Unique to Appalachian’s perspective,” Schlenker said, “are our efforts to influence the Appalachia culture among middle and high school students through this program. By introducing entrepreneurship into the traditional GEAR UP programs designed to drive college access and success, Appalachian is already seeing a change in mindset among our High Country student population. Cultural change happens slowly and starts with the children.”

Among the discussion group, he reported, “there was general acceptance that the unique culture of the Appalachia region demands a grass-roots effort to affect real change.” The discussion also covered issues associated with government regulations, complexities in tax policy, and difficulty in accessing capital through local banks – all of which stifle innovation for small businesses, Schlenker said.

Schlenker said outcomes from the task force are “entirely in the hands of the senators.” But, he added, “they now have real feedback from people who have feet on the ground, working hard to drive entrepreneurship and job creation in rural communities. They will have the tools to make things happen.”

According to background materials provided by BPC, “the vast Appalachia region, which includes all or part of 13 states and over 25 million people, has disproportionately suffered the uneven effects of the economic, demographic and social changes that have been transpiring in our nation in recent decades. Declines in the coal and traditional manufacturing industries, once the backbone of the region, have led to stubbornly high levels of unemployment and poverty, which have had serious ripple effects on the broader health and well-being of the region’s residents. Rural communities have been particularly hard hit by these trends. In the Appalachia region, nearly half of the region’s residents live in rural areas, compared with an average of 20 percent for the nation at large. This means that the problems facing rural America are particularly acute in Appalachia.”

The Bipartisan Policy Center is a non-profit organization that combines the best ideas from both parties to promote health, security and opportunity for all Americans. BPC drives principled and politically viable policy solutions through analysis, negotiation and advocacy. BPC works to address the key challenges facing the nation, including health, energy, national and homeland security, the economy, housing, immigration, infrastructure and governance. Its policy solutions are the product of informed deliberations by former elected and appointed officials, business and labor leaders, and academics and advocates who represent both ends of the political spectrum.

About the Center for Entrepreneurship

The Transportation Insight Center for Entrepreneurship at Appalachian State University helps students and alumni launch successful businesses, enhance their future prospects, and the region’s economy. The center brings faculty, students, businesses and community partners together to engage students with regional, national and international entrepreneurs; promote education, research and service collaborations; increase the visibility of Appalachian’s entrepreneurship career opportunities; and provide workshops, programs, research initiatives and service opportunities. The center was created in 2006 to support a rapidly increasing group of student entrepreneurs. It was named for Transportation Insight, a nationally recognized entrepreneurial company specializing in supply chain management, in 2011 after the company made a $1 million gift for renovations.

Appalachian State University, in North Carolina’s Blue Ridge Mountains, prepares students to lead purposeful lives as global citizens who understand and engage their responsibilities in creating a sustainable future for all. The transformational Appalachian experience promotes a spirit of inclusion that brings people together in inspiring ways to acquire and create knowledge, to grow holistically, to act with passion and determination, and embrace diversity and difference. As one of 17 campuses in the University of North Carolina system, Appalachian enrolls about 18,000 students, has a low student-to-faculty ratio and offers more than 150 undergraduate and graduate majors. 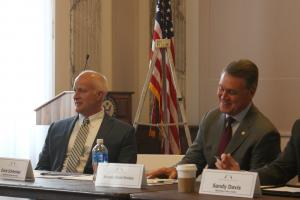 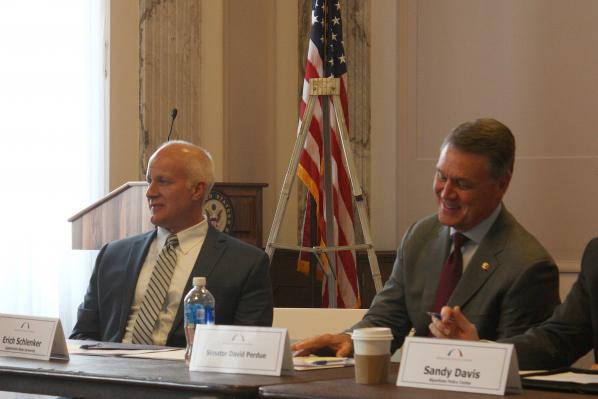