Adjunct professor David Thompson of Charlotte has been named an honorary alumnus by the Appalachian Alumni Association.

Thompson had a 27-year career with the investment management firm WEDGE Capital Management, LLP as a general partner and chief financial officer.

He has been associated with the Walker College of Business at Appalachian since 2010, when he began a four-year term on the college's advisory council. He also joined the faculty that year as an instructor and mentor to students in the Department of Finance, Banking and Insurance. That same year, he began working with the college's Bowden Investment Group, serving as an advisor to the group's student members and helping them prepare for the annual CFA Institute Research Challenge.

Thompson also works with the college's BB&T Student Leadership Center, often speaking about leadership in classes and workshops sponsored by the center. He also has been the guest speaker at a Walker College of Business Honors Day Convocation.

Five other individuals with close ties to Appalachian were also named honorary alumni. The recipients were honored July 17 during an event on campus.

They are D. Grady Moretz Jr. of Boone, Dr. Brenda Latham-Sadler of Lewisville, Edward H. Springs of Blowing Rock, Larry D. Stone of Wilkesboro, Daphne W. Urquhart of Asheville. Nancy and Neil Schaffel of Florida, who received the honor in 2014 but were unable to attend that year's awards event, also were recognized during the event. 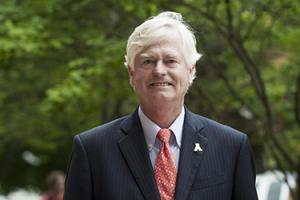 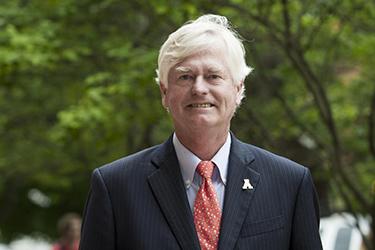