Dr. Harry Davis, North Carolina Bankers Association Professor of Banking and Regional Economist, delivered his annual Economic Forecast. He predicted a mild recession to come at the end of 2023 or early 2024. He added that North Carolina’s strong economic position will likely lessen the effects of the recession, compared to other states across the nation.

“North Carolina has stronger growth in terms of population and overall economic growth, so whatever the recession is for the nation, it won’t be as severe for us (North Carolinians),” Dr. Davis said.

“In Watauga County, it (the recession) won’t be as severe, because the State has a rainy-day fund. If we have a recession, the State will be able to continue without having to slash the budget because it has a bucket of money that can be used to continue to fund the budget, which funds Appalachian State University, which employs many Watauga County residents.”

As part of his 2023 Economic Forecast, Dr. Davis predicts GDP growth will occur at a rate of 0-1% for 2023, combined with an inflation rate that will decline to 4% by year-end. He predicts the FED will continue to raise interest rates by another 50-75 basis points before changing course. After a robust housing market over the last two years, Dr. Davis predicts existing and new homes sales will be flat year, likely dipping to start the year before rebounding as 2023 continues.

“Here in the High Country, if we had more houses to sell, we’d have even more real estate sales. Housing sales here will be a bit better than the national numbers,” Dr. Davis said.

Keep reading, view Dr. Davis' presentation slides or listen to his talk via podcast at boonechamber.com. 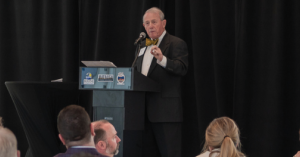 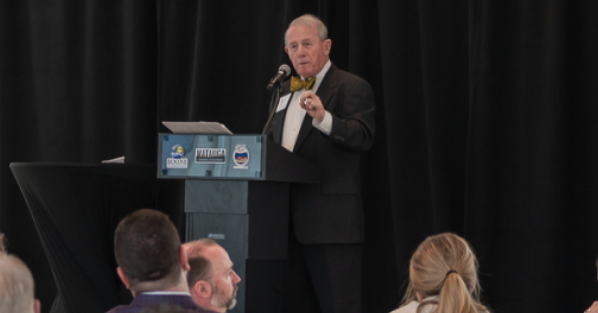