The team members are undergraduates Amanda Carter, Darrow Goff, Andrew Johnson, Aaron Martschenko and MacGregor Shepard. They will travel to Chicago in April to compete in the CFA Institute Research Challenge’s Americas Regional competition. The students are all finance and banking majors at Appalachian. 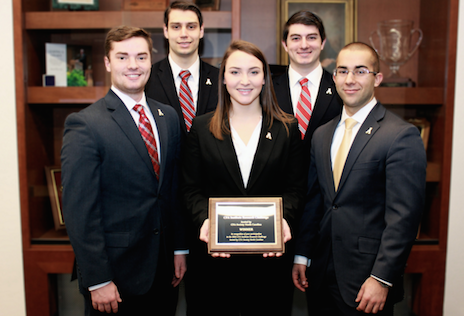 The CFA Institute Research Challenge is an annual global competition that provides university students with hands-on mentoring and intensive training in financial analysis. Students work in teams to research and analyze a publicly traded company.

This year’s competition focused on Sonic Automotive (SAH), which is headquartered in Charlotte. Students from each participating university compiled a thorough analysis of the company and wrote a security analysis report with a “BUY, SELL or HOLD” recommendation, according to Professor Delbert Goff from Appalachian’s Department of Finance, Banking and Insurance.

Student teams from Appalachian have won six of the eight years that the competition has been held in North Carolina and Appalachian is the only university in the state to have a team in the finals in all eight years.

“In addition to the solid classroom preparation our finance and banking majors receive, each year our CFA Institute Research Challenge receives invaluable input from CFA mentor Chris Pavese, which helps them prepare for the competition,” Goff said. Pavese is chief investment officer at Broyhill Asset Management.

The CFA Institute Research Challenge competition began in 2002 and was hosted by the New York Society of Security Analysts. It involved just five teams from the New York area. Since then, the competition has grown to engage tens of thousands of students from over 800 universities in more than 55 countries. 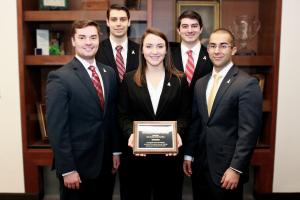 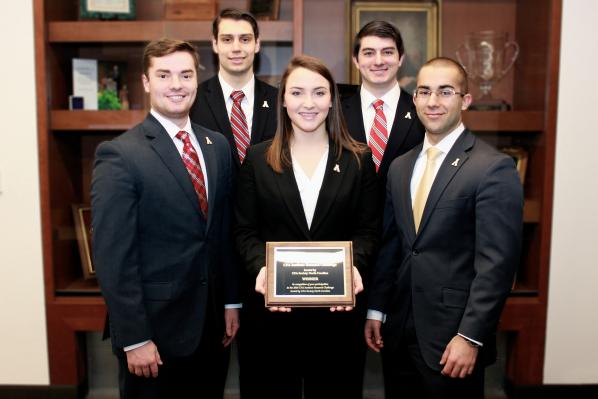