Forum on business opportunities in Cuba held at Appalachian 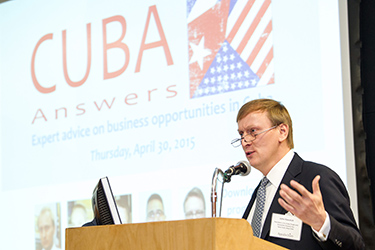 ASU NEWS—Doing business in Cuba won't be as simple as some people think, but that isn't stopping governors, state legislators, U.S. business owners and others from exploring economic opportunities that might be available to them in the near future.

Cuba Answers, Appalachian State UniversityJohn Kavulich, president of the non-profit U.S.-Cuba Trade and Economic Council Inc., said that while President Obama has announced plans to re-establish diplomatic relations with the socialist country, members of Congress have introduced legislation to "derail and dismantle" actions that would increase travel, commerce, and the flow of information to and from Cuba.

Kavulich spoke April 30 during a forum sponsored by Appalachian State University's Walker College of Business on opportunities for businesses and investors as U.S./Cuba relations begin to ease.

"On Tuesday (April 27), a Republican member of the U.S. House of Representatives introduced legislation funding the U.S. Department of Transportation and the U.S. Department of Housing and Urban Development that would block funding for new scheduled air transportation from the United States for any flight that would land on or pass through property confiscated by the government of Cuba," he said.

Similarly the bill would block the U.S. Maritime Commission from issuing license or certification to any vessel that had docked within the last 108 days within seven miles of a port or property confiscated by the Cuban government.

"Also we are waiting the efforts of U.S. Senator Lindsay Graham to block funding to re-establish a U.S. Embassy in Havana," Kavulich said.

Despite of the dealings in Washington, N.Y. Gov. Andrew Cuomo traveled to Cuba April 21 saying he wants businesses in his state to be "first in line" to enter the Cuban market, according to a CNN report. Also during the week of April 27, the Metropolitan Nashville Airport Authority announced that Miami-based Choice Air Charters is seeking authorization from the U.S. government and Cuba to provide service from Nashville through Miami to Havana.

"In the words of the late Mr. Rogers, 'it's a wonderful day in the neighborhood," Kavulich said. "That's basically my day every day – there is something good, something bad and something bizarre."

Kavulich said businesses should be asking themselves what they can do in terms of conducting business with Cuba and what should they do. "The initiatives proposed by President Obama and attempted by many of his predecessors are designed to tear at the social fabric of Cuba with a goal of recreating a middle class and a professional class that were abridged as a result of the 1959 revolution," he said.

"President Obama's message (to the Cuban people) is create your worth instead of letting government of Cuba determine your worth. Be what you can, what you want, not what you are told to be."

He predicted, however, that true "normalization" between the two countries will depend on the outcome of the 2016 U.S. presidential election. 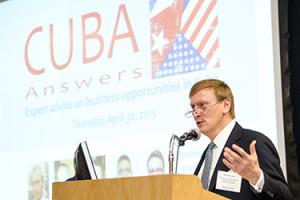 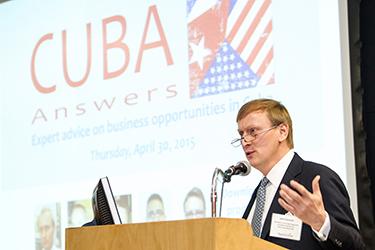