In a recent post from High Country Press, The Heartbeat of High Country Healthcare," the writer details the career and experiences of Walker College of Business alumnus Richard Sparks, who retires this month as CEO of Appalachian Regional Healthcare System. Mr. Sparks' leadership and thirst for knowledge as a participant in the William R. Holland Fellows Program for Business Study in Asia has helped open doors for the Beaver College of Health Sciences, among other community impacts.

Originally, the chancellors had established an exchange program with Fudan University where a group of 12 ASU students from the Walker College of Business’s William R. Holland Fellows Program travelled to Asia to study business, swapping places with 12 Chinese students.

This time, the chancellors intended to establish a similar exchange program between Fudan University and ASU’s College of Health Sciences.

During these visits, when given the opportunity to explore Shanghai, Peacock remembered Sparks fully immersing himself in Chinese culture, trying new foods and participating in local customs. Whenever their travel plans went amiss and their airplane was delayed, throwing them off schedule, Sparks was never one to panic. “Richard always took things in stride and has always been calm under pressure,” Peacock said. “He’s just that kind of leader.”

Chancellor Thomas was particularly struck by Sparks’ insatiable thirst for knowledge, asking the medical staff in Shanghai all sorts of questions to learn about the differences between the United States’ and China’s approach to healthcare.

“Just like the economy’s gone global, we’re global healthcare,” Sparks said. “The more we can understand about world health, we can take the things other people have already learned [elsewhere] and apply them here [at ARHS], so we can help folks.”

For example, Sparks observed that doctors in Shanghai seemed more receptive than their American counterparts to treating patients with the most effective medicine, whether an Eastern herbal remedy or a Western synthetic drug. In the United States, however, Sparks feels Americans seem much more skeptical of Eastern medicinal treatments, preferring scientifically tested Western practices and medicines even if the Eastern approach would prove more effective.

“At ARHS, we should try to take a much more holistic approach to caring for the patient as they’re doing in China,” Sparks admitted, referencing ARHS’s Wellness Center with its mission to not only maintain wellness, but prevent illness through a full body workout.

While a partnership has been formed between ASU’s healthcare department and Fudan University, the economic recession has placed the exchange program temporarily on hold.
Yet, students don’t even need to travel overseas in order to gain a quality healthcare education that can serve ARHS well in the future. 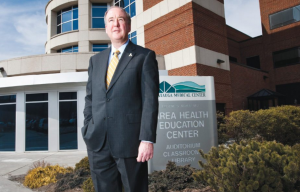 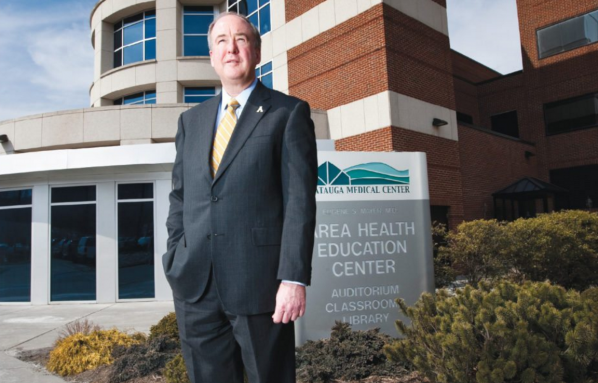