The Broyhill Commons at Appalachian provides a great space to network, find inspiration

ASU NEWS—The Broyhill Commons of Appalachian State University means business-friendly interaction and inspiration for the many students who frequent it.

The interaction: Since the fall of 2015, the commons, a networking space on the second floor of Peacock Hall, has provided students in Appalachian’s Walker College of Business a place to study, work on group projects, share ideas, build relationships and network with industry representatives and faculty. 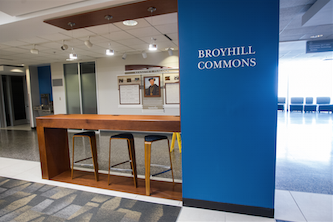 The inspiration: Display panels on the commons’ walls document in images and words the amazing story of the Broyhills, from their success in the furniture business to their philanthropic efforts, which have greatly benefitted Appalachian in several ways. Three seniors majoring in interior design at Appalachian – Sarah Dickert of Denver, North Carolina; Caroline Malak of Roswell, Georgia; and Madeleine McKenzie of Winston-Salem – designed the panels, which went up during the current academic year and were unveiled at the official naming ceremony of the commons on March 8.

For Dr. Sheri Everts, Appalachian’s chancellor, the panels and the rest of the commons area are a fitting tribute to the Broyhills.

“Since our founding in 1899, Appalachian’s path has been shaped by remarkable women and men with vision, commitment and generosity,” she said. “This special place was built through the hard work, foresight and dedication of individuals like Satie Hunt Broyhill and members of the Broyhill family. The positive effects of their family’s support are truly felt campus wide.”

The late Satie Hunt and her late husband, James Edgar “Ed” Broyhill, first met in 1913 when they were students at Appalachian Training School for Teachers, which would later evolve into Appalachian State University. Their daughter, Allene Stevens, and their two sons, Paul and Jim, were among the Broyhill family members who participated in the naming ceremony. (Another daughter, Satie Elizabeth, whom everyone called Bettie, died in 2000.)

“The Broyhills have worked with Appalachian for 103 years to build a better Western North Carolina,” Paul Broyhill said. “We’re very proud of this long association.”

Dr. Heather Norris, dean of Walker College, after noting the commons’ frequent use, said it honored Appalachian’s “past, present and future relationship with the Broyhill family.”

“Over the past 100 years, generations of Broyhills have modeled leadership and loyalty throughout this campus community and beyond,” she said.

The commons is one result of an extensive renovation of Peacock Hall, which houses Walker College. It was needed because business is “so much about relationships and there was no place in Peacock for students to sit down and build them,” said Will Sears, director of development for Walker College. He added that a team collectively decided that the commons’ panels would be the best, most inspiring way to tell the Broyhills’ story, then worked together to complete them. “It would be impossible to convey the amazing Broyhill story on one simple plaque,” he said.

The team consisted of representatives from Walker College; the Broyhill Family Foundation, which made a lead gift for the Peacock renovations; and the supervisors of the panels’ designers. The supervisors were Chelsea Helms, a lecturer in Appalachian’s Department of Sustainable Technology and the Built Environment, and Kern Maass, associate dean of Appalachian’s College of Fine and Applied Arts.

The panels’ content is gleaned from Paul Broyhill’s book “This is Broyhill: The Family, the Company, the Community” (Keller Publishing, 2010). It features everything from a brief biography of Ed Broyhill to documentation of the many ways that Appalachian has benefitted from its relationship with the Broyhill family.

A section on the Broyhill Fellows, a program that the Broyhills helped develop, gets a good bit of play on the panels. The fellows are selected annually from members of Appalachian’s Bowden Investment Group, which was established in 2000 to provide students with hands-on, real-world experience in managing investments, namely those in the Elbert V. Bowden Student Managed Investment Fund. The Broyhill Fellows are mentored by employees of Broyhill Asset Management and compete annually in the Chartered Financial Analyst Society Research Challenge, a global competition that provides university students with hands-on mentoring and intensive training in financial analysis.

The panels also document that generations of Broyhill family members have attended Appalachian as students and/or served as university trustees or worked on committees. For example, the late Faye A. Broyhill, Paul Broyhill’s first wife, who passed away in 2002, served as the first female chairperson of Appalachian’s Board of Trustees.

The aforementioned music programs and entities reflect Satie Hunt Broyhill’s interest in music, which she studied at Appalachian. The naming ceremony for the commons also acted as the reception for a performance of works for solo piano that celebrated the 100th anniversary of the “Graduating Recital” that pianists Hunt and Carrie Horton presented jointly on December 3, 1917.

The March 8 performance, attended by Broyhill family as well as Appalachian administrators and professors, took place in the Recital Hall of the Broyhill Music Center. It featured current and former students of Appalachian’s Hayes School of Music performing pieces that Satie Hunt played for her graduating recital.

About the Walker College of Business

The Walker College of Business at Appalachian State University delivers transformational educational experiences that prepare and inspire students to be ethical, innovative and engaged business leaders who positively impact our community, both locally and globally. The college places emphasis on international experiences, sustainable business practices, entrepreneurial programs, and real-world applications with industry. Enrolling nearly 3,000 undergraduates in nine majors and 150 graduate students, the Walker College is consistently named one of “The Best Business Schools” by The Princeton Review and is accredited by AACSB International – the premier global accrediting body for schools of business.

Appalachian State University, in North Carolina’s Blue Ridge Mountains, prepares students to lead purposeful lives as global citizens who understand and engage their responsibilities in creating a sustainable future for all. The transformational Appalachian experience promotes a spirit of inclusion that brings people together in inspiring ways to acquire and create knowledge, to grow holistically, to act with passion and determination, and embrace diversity and difference. As one of 17 campuses in the University of North Carolina system, Appalachian enrolls about 18,000 students, has a low student-to-faculty ratio and offers more than 150 undergraduate and graduate majors. 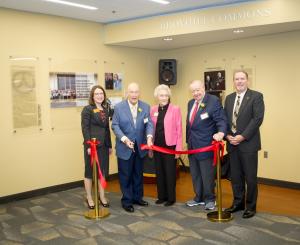 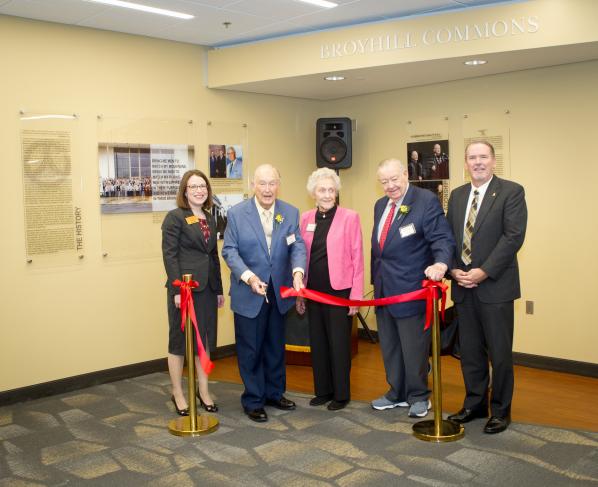