A World of Experience: A student profile of the Holland Fellowship in China

Madeline Hamiter is a junior from Mooresville, NC studying Finance and Accounting in the Walker College of Business. She's analytical, numbers driven, and an innovative thinker. And last year, she participated in the Holland International Business Fellowship. Hamiter is also an Appalachian State University Wilson Scholar, which is a program that encourages academic excellence, leadership, and service through resources that help students to think creatively, strategically, and collaboratively.

Hamiter is also president of the Finance Student Association in the Walker College, has a passion for financial literacy, and is writing her thesis (on financial literacy). While she is busy by anyone's standards, Hamiter prioritizes opportunities to travel, something she sees as a chance to develop cultural awareness and grow personally.

These opportunities have been abundant at Appalachian.  Before receiving the Wilson Scholarship, Madeline had never been on an airplane. Now, she's been to New York, Paris, Rome, Florence, Sorrento, Cortona, Tokyo, Hong Kong and, thanks to the Holland Fellows Program, Shanghai, Lijiang and Beijing, China.

In a post on the Wilson Scholars Program website, Conversations from China, Hamiter detailed her recent China trip and the experience of being a Holland Fellow.

This past summer, I had the opportunity to travel to China with the Holland Fellows Program. After having visited Europe for the past two summers, I wanted to travel somewhere less “Westernized” in order to have an even more unique travel experience.

I was so excited to learn that I was accepted into the Holland Fellows, a prestigious research program within App State’s College of Business. Twelve students from ASU partner with twelve students from the University of Fudan in Shanghai to complete a research project that is then presented at the Shanghai Economic Forum over the summer.

Being part of such a huge and diverse research team was an incredibly valuable experience by itself. I had never been challenged in such a unique way; learning to work together to accomplish something that none of us could have alone was truly an inspiring experience. Over the course of the project, we became much more than a team, and I am proud to say that we will maintain our friendships for a lifetime.

At the beginning of the summer, we traveled to Beijing for a few days. Beijing is a fantastic place to explore Chinese history. We visited the Summer Palace, The Temple of Heaven, Tiananmen Square, The Forbidden City, and of course, the Great Wall. I was surprised by many things about Beijing. I was expecting a cramped, overpopulated city filled with choking smog. In reality, Beijing has wide, welcoming streets lined with thousands of yellow and red roses. There were beautiful small gardens lining almost every street, and hundreds of people riding around on yellow bicycles. The smog was noticeable, but it wasn't the thick, black cloud I imagined. The heat was sweltering, but for the most part we soldiered through.

After Beijing, our next stop was Shanghai. Shanghai surprised me even more than Beijing. I’ve been to New York several times, and I always love the New York skyline. However, it couldn’t hold a candle to the view from the Bund in Shanghai. The air was crisp and fresh compared to Beijing, and the weather was much nicer. It was so wonderful to meet our Chinese partners again, but the reunion was bittersweet because we knew this was probably the last time we would all be gathered together again, at least for a while. We spent a great deal of our time in Shanghai working on our project. Those late night work sessions tended to drag on, but I couldn’t help but feel sad when I realized they were over.

Presenting at the Shanghai Economic Forum was an incredible experience for so many reasons. The keynote speakers included Abdullah Gül, the former president of Turkey, Christopher Pissarides, a 2010 Nobel laureate in economics, Temir Sariev, the former prime minister of Kyrgyzstan, and György H Matolcsy, governor of the Central Bank of Hungary.

As the only student group presenting at the forum, I was both humbled and honored. It was so gratifying to present the our research, which we had spent so many late nights perfecting. Our topic was sustainable tourism, and we picked four American sights and four Chinese sights to examine. It was a very timely discussion, and after our presentation we had an interesting Q&A session centered around Jiuzhai Valley National Park and Yellowstone National Park.

After the presentation, we had a few days to enjoy Shanghai and say goodbye to our partners before we headed to Lijiang. Lijiang, a city in the northwest of the Yunnan Province, is a “small town” by Chinese standards, although it has a population of about 1.2 million. Compared to the 24 million people in Shanghai, it is small, but compared to the small towns in the United States, it was a metropolis.

We stayed in the Old Town of Lijiang, which is a UNESCO World Heritage Site and has a history of over 1,000 years. After visiting Beijing and Shanghai, I thought of China as a fully industrialized nation with top-notch modern infrastructure and skyscrapers that practically touched the sky. The Old Town of Lijiang was very much like how I might have imagined China a few hundred years ago, with cobbled, winding streets and beautifully carved and decorated buildings.

Lijiang was nestled in a spectacular mountain range, with the Jade Dragon Snow Mountain overlooking the town. We had the opportunity to explore some of the countryside and to see some of the many farms and tiny villages that dotted the hillsides. We also visited the Tiger Leaping Gorge, which is one of the deepest and most-impressive river canyons in the world. It  was an awe-inspiring sight to behold. Too soon, it was time to leave Lijiang and visit Hong Kong for the last leg of our journey.

Hong Kong blew my mind. It was so different from everything we had experienced so far in China and from anything I could have expected. I think the best way to describe it would be if London was combined with New York and dropped on top of Hawaii. We visited the Tian Tan Buddha on Lantau Island, which was incredible to experience. I enjoyed Hong Kong the most because it was the most relaxed and exciting part of the trip. On our last day, everyone went to one of the famous Hong Kong beaches to hang out and say goodbye.

On June 6th, the rest of the Holland Fellows returned to the US, but I stayed behind in Hong Kong for five extra days. I had never travelled alone before, so I was very nervous at first. As it turns out, I really enjoy the freedom of travelling alone. It allowed me to take time to do the things that I loved, instead of worrying about the group.

It was also invigorating to rely on myself and my own intuition to navigate unfamiliar surroundings. I enjoyed the challenge. I even got to the point where I could find my way around Kowloon without a map. I felt like I had a much more intimate, personal experience with Hong Kong than I might have if I had left with the others.

After Hong Kong, I returned once again to Beijing to complete a journalism internship with Ching.org. I am a finance major, but English and writing has always been close to my heart, so I was excited to work for China.org. It was strange to end my trip in the same place that I had begun, a strangeness I particularly felt when I arrived once again at the Beijing airport, this time on my own.

Working abroad is an entirely different experience from studying abroad. Instead of an international student dorm, I was living in a Chinese apartment in an entirely-Chinese neighborhood. I was the only intern, so all of my co-workers were Chinese as well. I was completely immersed in a workplace culture that was very different from everything that I had experienced before.

One of my most fascinating moments in China was a lunchtime conversation with my co-workers. We started talking about systems of government, so naturally it resulted in a friendly debate about democracy vs. communism and a one party system vs. a two party system. It was very strange to be the only one in the room arguing on the side of democracy. After growing up immersed in American politics, it was hard for me to imagine what it would be like if there was only one ruling party in the States, or to be unable to vote for my representatives or our nation's leader. It was stranger still when my co-worker mentioned that her grandfather had fought in the Korean War. I also have relatives that had fought in the Korean War, so it was incredibly sobering to realize that just a few short generations ago, our families were at war with each other in order to prove the point that we were so casually and openly discussing over lunch that day.

Overall, my experience in China was once-in-a-lifetime. Being a Holland Fellow, travelling the world on my own, and working in Beijing have all been experiences that altered the way I view the world and the way I view myself. I’m excited to start my junior year at ASU with a new perspective.

Holland Fellows director and social entrepreneurship lecturer Jesse Pipes adds that Hamiter has made a positive and lasting impression on many faculty and peers at Appalachian.

"Madeline is a highly motivated student that is excited about new opportunities and eager to develop new and relevant skills," said Pipes. "It is always rewarding to work with students who seek to couple experiences with classroom learning, who want to make meaningful contributions and collaborate with others."

Hamiter's reflections represent the transformative educational experiences many undergo while studying at Appalachian.

"Looking back over the last couple of years at college, I can't believe how much I have grown," said Hamiter. "The time has gone by impossibly quickly, and yet I feel that I have had lifetimes worth of learning and new experiences."

Hamiter, who plans to graduate in 2019, has discovered a hunger for travel that will accompany her throughout her career and life.

While she is one extraordinary individual, travel as a means to transformational experiences is a common theme among Appalachian business students.

The college incorporates a global orientation as an integral component of students' academic experience. With university partnerships across the globe and continuous expansion of ground-breaking opportunities in emerging markets, the Walker College adds new program destinations and encourages students to travel. All business students fulfill an international requirement, and an increasing number choose to study abroad through a wide variety of exchange programs.

About the Holland Fellowship

The Holland International Business Fellowship is an applied business experience in Asia, with an emphasis on student research, engagement, and innovation. The fellowship serves to advance global learning while promoting research and collaboration among the College's top undergraduate students, faculty, and Fudan University in Shanghai, China. A 20 year partnership with Fudan University provides the foundation for an experience that brings different economic models into sustained conversation with each other and creates a context for understanding how regions, nations, and peoples might collaborate for mutual benefit in a global business environment. Learn more. 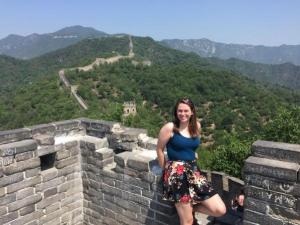 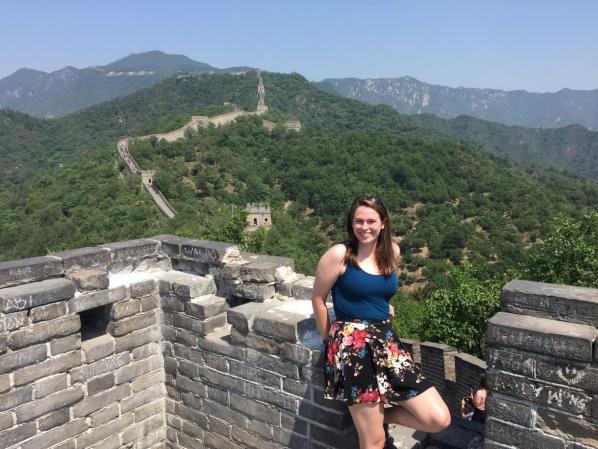